Kisa Gotami and the Mustard Seed 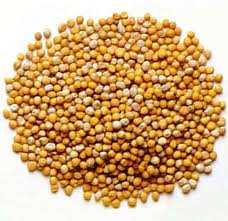 During Buddha’s time, there lived a woman named Kisa Gotami. She married young and gave birth to a son. One day, the baby fell sick and died soon after. Kisa Gotami loved her son greatly and refused to believe that her son was dead. She carried the body of her son around her village, asking if there was anyone who can bring her son back to life.

The villagers all saw that the son was already dead and there was nothing that could be done. They advised her to accept his death and make arrangements for the funeral.

In great grief, she fell upon her knees and clutched her son’s body close to her body. She kept uttering for her son to wake up.

A village elder took pity on her and suggested to her to consult the Buddha.

“Kisa Gotami. We cannot help you. But you should go to the Buddha. Maybe he can bring your son back to life!”

Kisa Gotami was extremely excited upon hearing the elder’s words. She immediately went to the Buddha’s residence and pleaded for him to bring her son back to life.

“Kisa Gotami, I have a way to bring your son back to life.”

“My Lord, I will do anything to bring my son back”

“If that is the case, then I need you to find me something. Bring me a mustard seed but it must be taken from a house where no one residing in the house has ever lost a family member. Bring this seed back to me and your son will come back to life.”

Having great faith in the Buddha’s promise, Kisa Gotami went from house to house, trying to find the mustard seed.

At the first house, a young woman offered to give her some mustard seeds. But when Kisa Gotami asked if she had ever lost a family member to death, the young women said her grandmother died a few months ago.

Kisa Gotami thanked the young woman and explained why the mustard seeds did not fulfill the Buddha’s requirements.

She moved on to the 2nd house. A husband died a few years. The 3rd house lost an uncle and the 4th house lost an aunt. She kept moving from house to house but the answer was all the same – every house had lost a family member to death.

Kisa Gotami finally came to realise that there is no one in the world who had never lost a family member to death. She now understood that death is inevitable and a natural part of life.

Putting aside her grief, she buried her son in the forest. Shen then returned to the Buddha and became his follower.

Like Loading...
This entry was posted in Sutra and tagged Buddha, Death, Impermanence, India. Bookmark the permalink.

1 Response to Kisa Gotami and the Mustard Seed